Here are 20 incredibly interesting facts about these islands.

1. The names ‘Andaman’ and ‘Nicobar’ are taken from the Malay Language 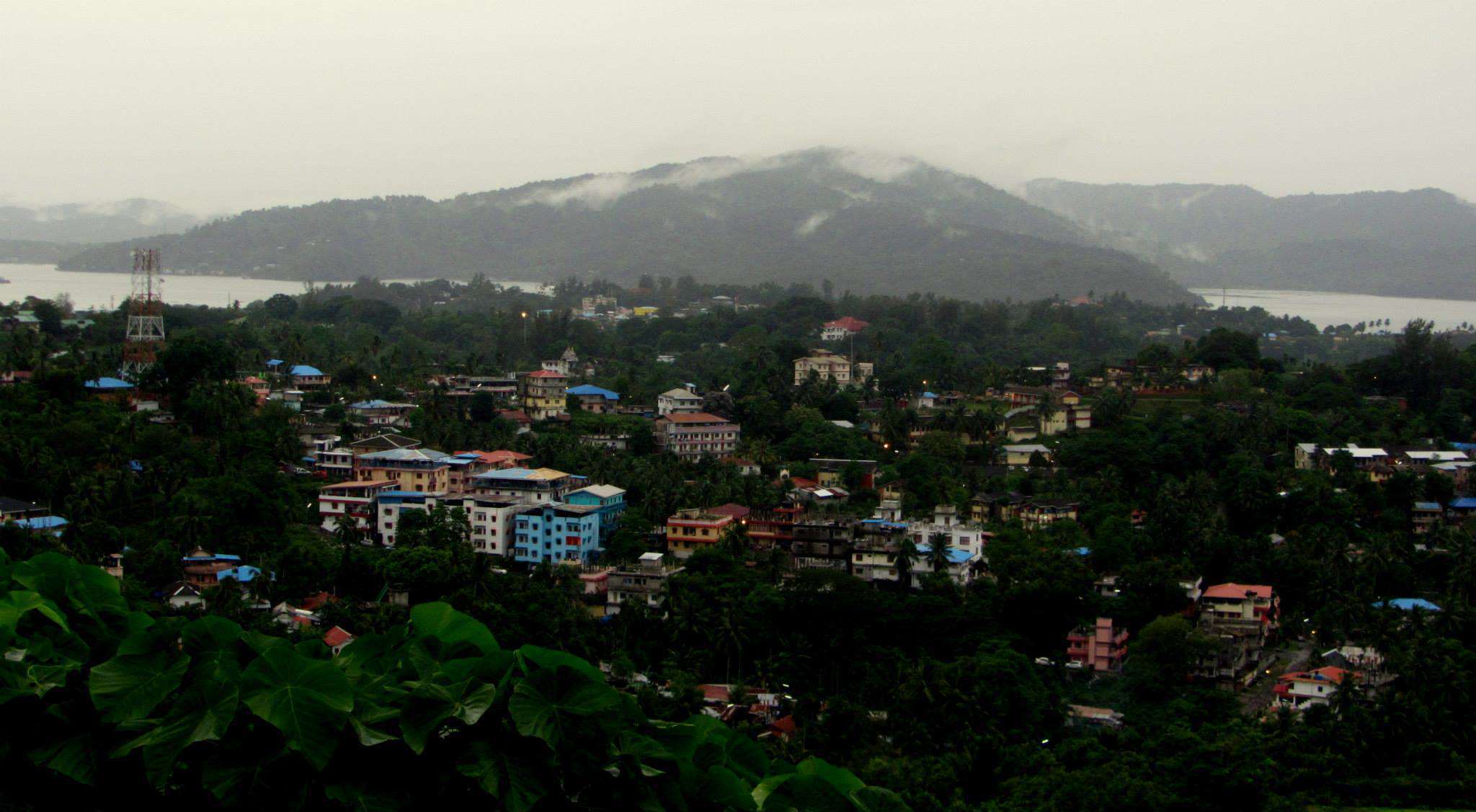 The name Andaman is presumed to be derived from Hanuman, who was known to the Malays as Handuman. The name Nicobar seems to be a corruption of the South Indian term ‘Nakkavaram’ (Land of the Naked) as indicated in the great Tanjore inscription of AD 1050.

2. The most widely spoken language on the islands is not Andamanese or Nicobarese 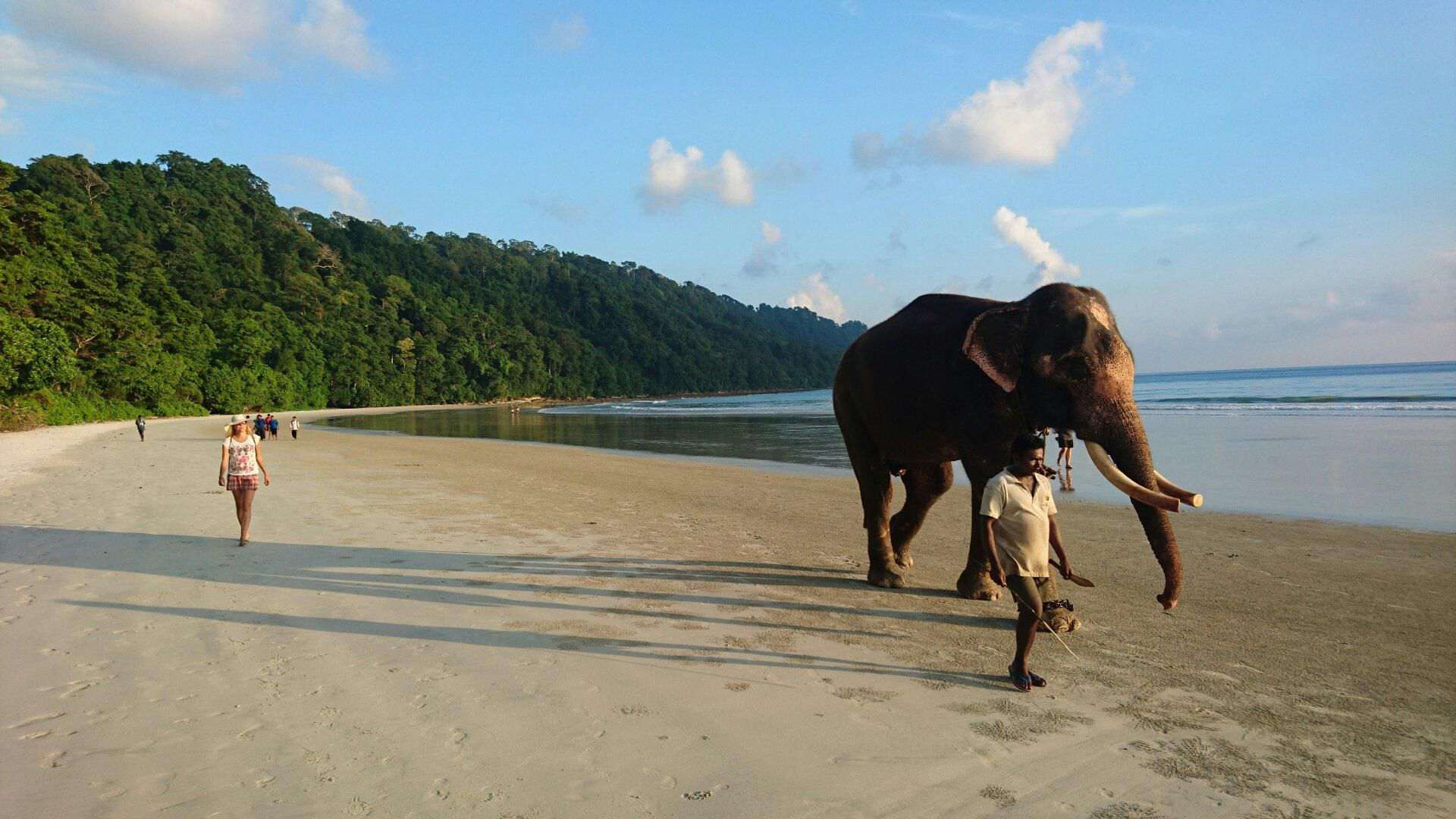 The most widely spoken language on the islands is Bengali followed by Hindi, Tamil, Telugu and Malayalam. Andaman Creole Hindi is also widely used as a trade language in the Andaman islands.

3. Katchal Island received the first sun rise of the millenium

4. The largest sea turtles in the world nest here 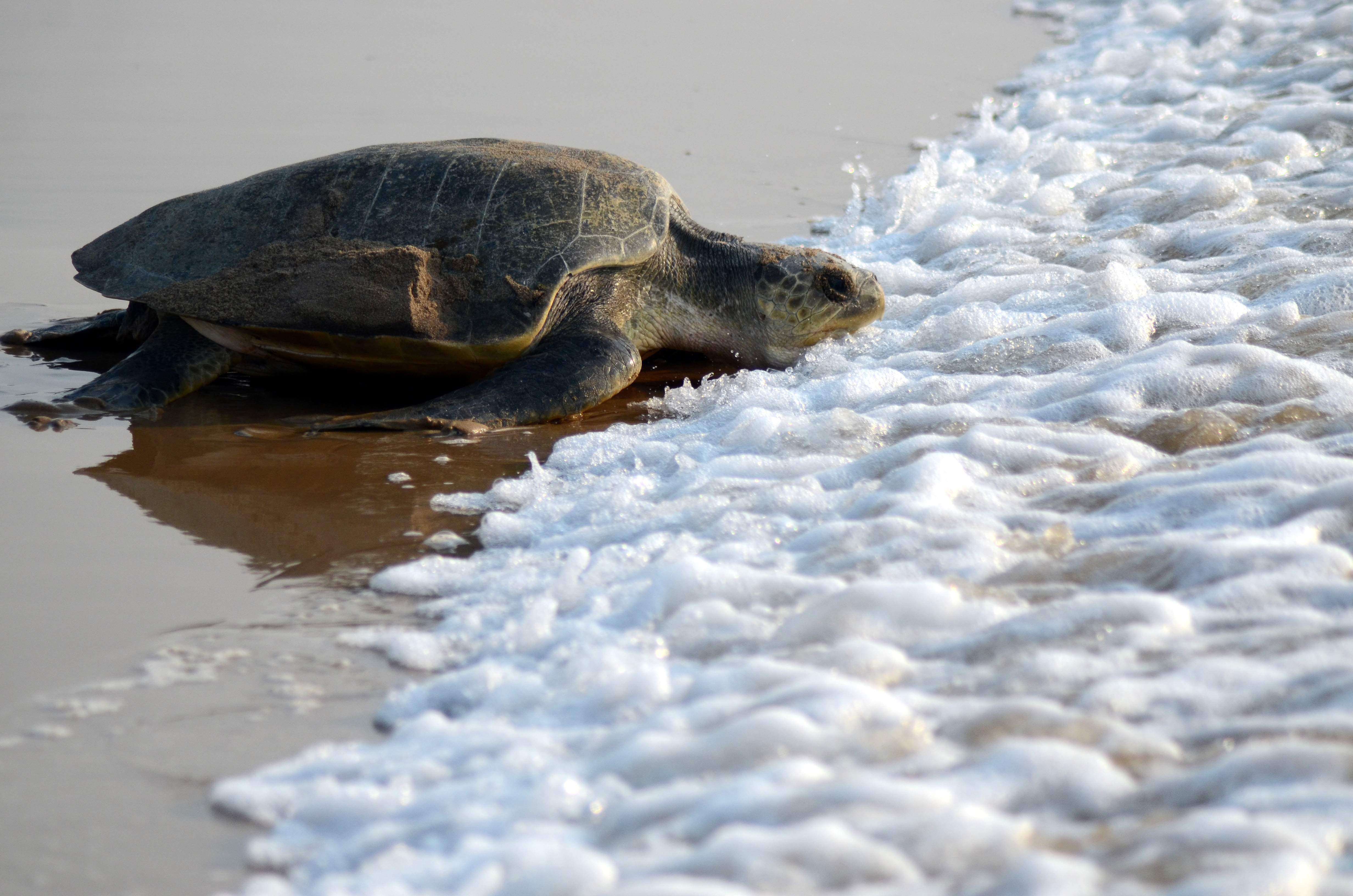 Andaman and Nicobar Islands have India’s best nesting beaches for three species of marine turtles – Hawksbill, Green turtle  and world’s largest sea turtle, the Leatherback (Dermocheleys Coriacea).  The nesting population of Leatherback turtles in Nicobar is one of the few colonies that exceeds 1,000 individuals in the Indo-Pacific, and is hence of global importance.

5.  North Sentinel Island is home to one of the most isolated paleolithic tribes of the world 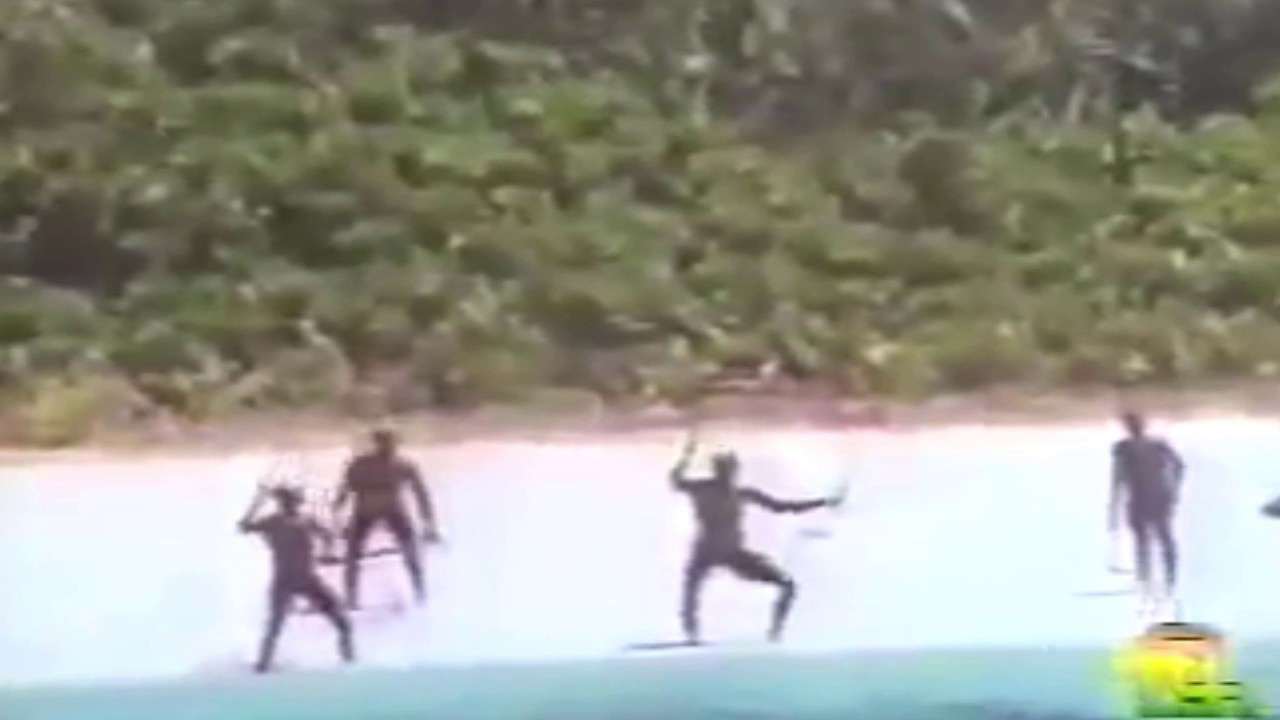 North Sentinel Island is home to one of the most isolated human populations in the world. The Sentinelese, thought to number around 300, have rebuffed all contact with the modern world and fire their arrows at anyone who comes within range. They are thought to have directly descended from the first human populations to emerge from Africa, and have probably lived in the Andaman Islands for up to 60,000 years.

6.  Dugong, the gentle sea cow, is the state animal of Andaman and Nicobar Islands 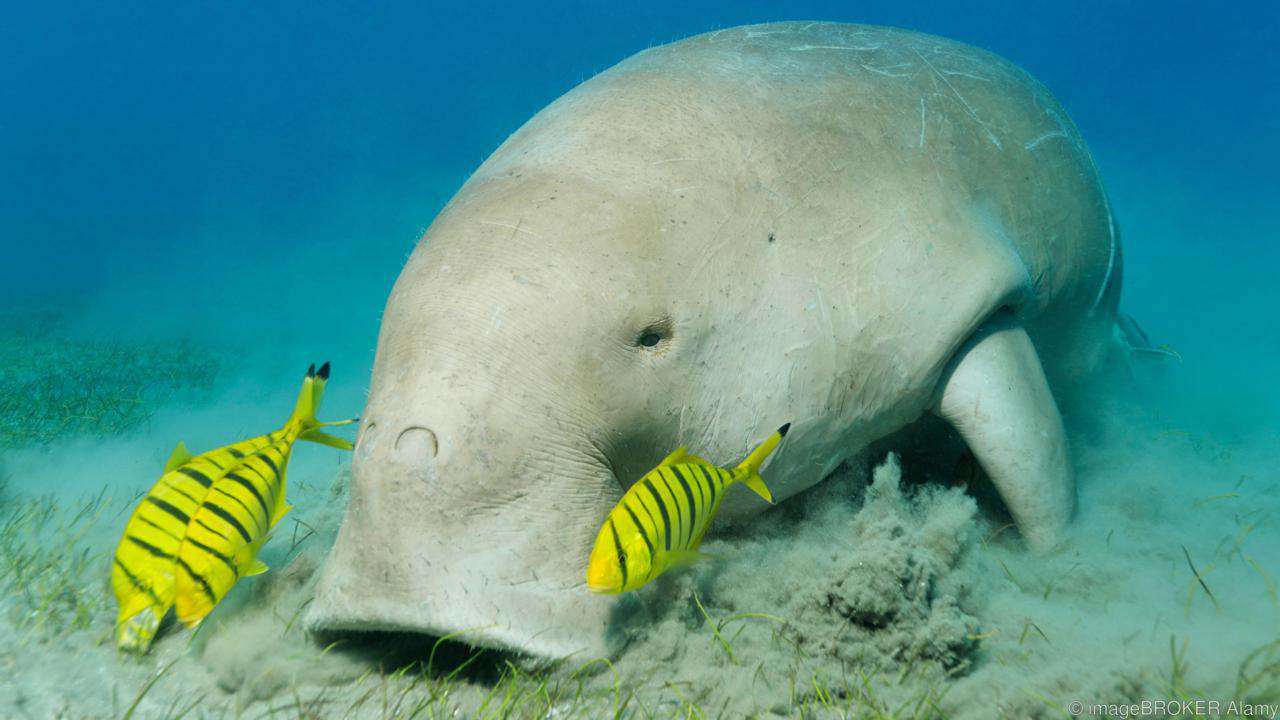 Large, plump marine vegetarians with short, paddle-like front flippers, the gentle Dugongs can be found grazing peacefully on sea grass in the warm coastal waters of the Andaman and Nicobar Island. These languid creatures, also called the ‘angel of the sea’, can be spotted at Ritchie’s archipelago, North Reef, Little Andaman and parts of Nicobar.

7. Pandunus or Nicobar Breadfruit is a rare fruit found and widely eaten in Nicobar 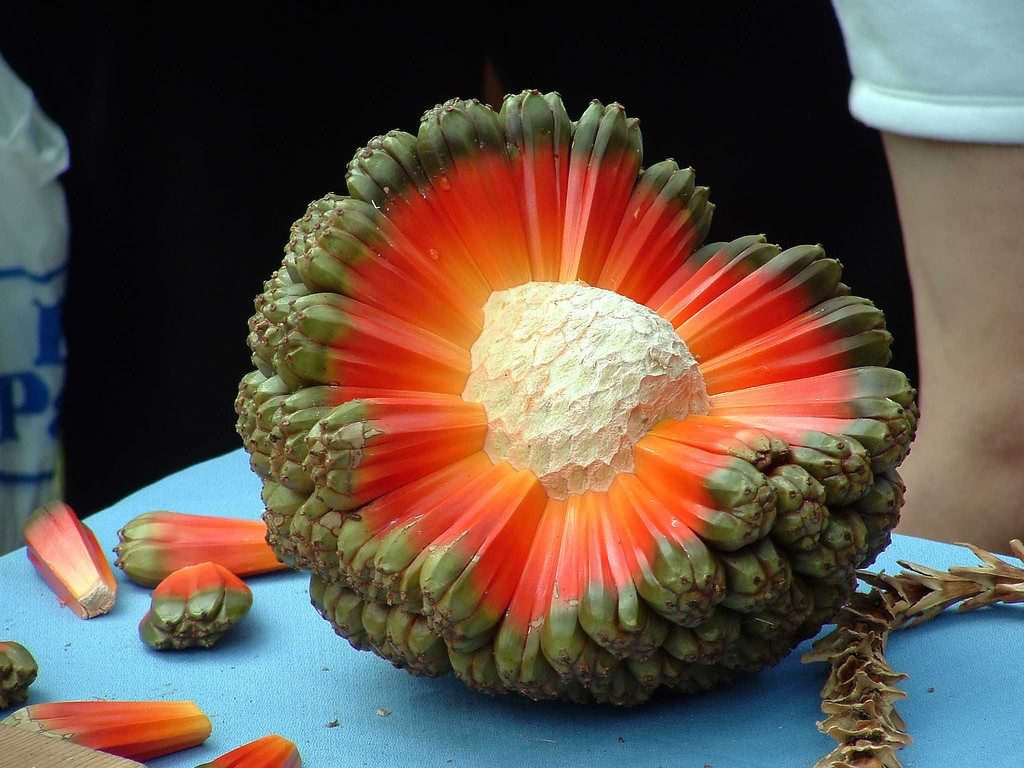 Pandanus is a densely arranged, wedge-shaped fruit that has an immensely hard, woody and fibrous body in which several narrow, edible seeds are embedded. Each section has a fleshy base that contains an aromatic pulp that, after cooking, is a staple food in Nicobar. An economically important plant in the islands, the stem branches of Pandanus are used in construction, the leaves used for weaving mats and the hard exterior of the fruit is used as a bathing brush.

8. Commercial fishing is banned in the Andaman and Nicobar Islands.

Commercial fishing has been banned around the Andaman Islands for more than 4 decades. It is believed that in these waters, fish now die of old age. The turquoise waters surrounding these emerald island teem with an abundance of dolphins, whales, dugongs, sea turtles, sailfish, sea anemones, and other marine life.

9. The only active volcano in India, the Barren Island, is present in Andaman Islands

Barren Island is the only active volcano not just in India but the whole of South Asia. Located approximately 135 km north east of Port Blair, this small 3-km-wide island contains a 1.6-km-wide crater partially filled by a cinder cone that has been the source of eruptions since the first was recorded in 1787.

The Robber crab (Birgus Latro), also called the Coconut Crab, is the largest land-living arthropod in the world. They generally live on land, but at nights climb up the coconut trees and carve a hole into the tender coconuts to eat the soft kernel. In South Asia, the highest numbers of these huge crabs are found in the Andaman and Nicobar archipelago. They can be spotted on the South Sentinel Island as well as on some islands in Nicobar. 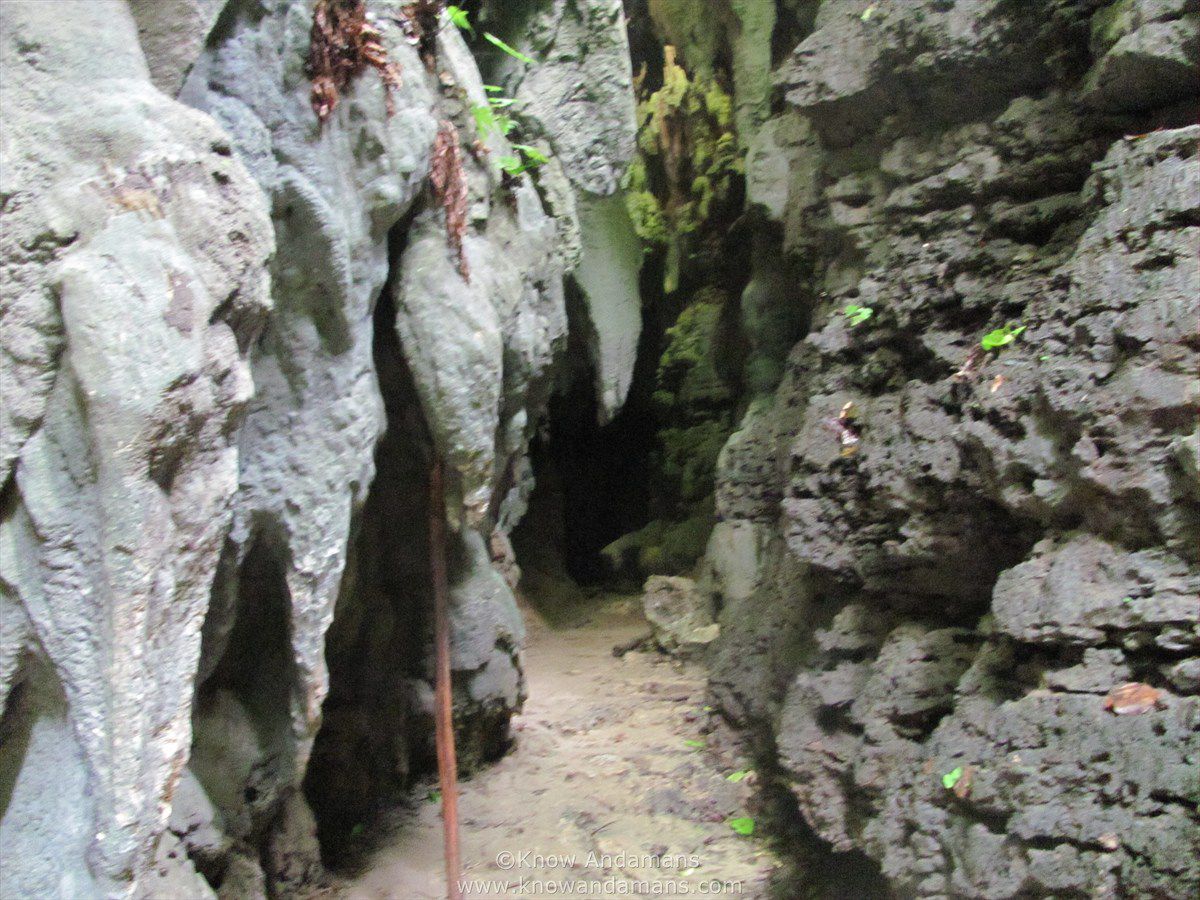 The limestone Alfred Caves of Diglipur change their shape every monsoon due to a chemical process. These extremely narrow caves are home to the Swiftlet birds that make a unique edible nest. This tiny brown bird uses its own saliva and attaches its sticky home as a little cup against the most inaccessible places on the cave walls. Limestone caves with stalactite formations can also be seen at Baratang.

12. The 20 rupee note depicts a scene from Andaman and Nicobar islands

Ever noticed the scenery on a 20 Rupee note? The image of a picturesque bay lined with lush greenery captured on the red-coloured note is the North Bay Island and the same view can be see on the way to Mount Harriet. Mount Harriet is the second highest peak in the Andaman and Nicobar archipelago.

13. A penal settlement, including the dreaded Kala Pani Jail (Cellular Jail), was established here by the British after 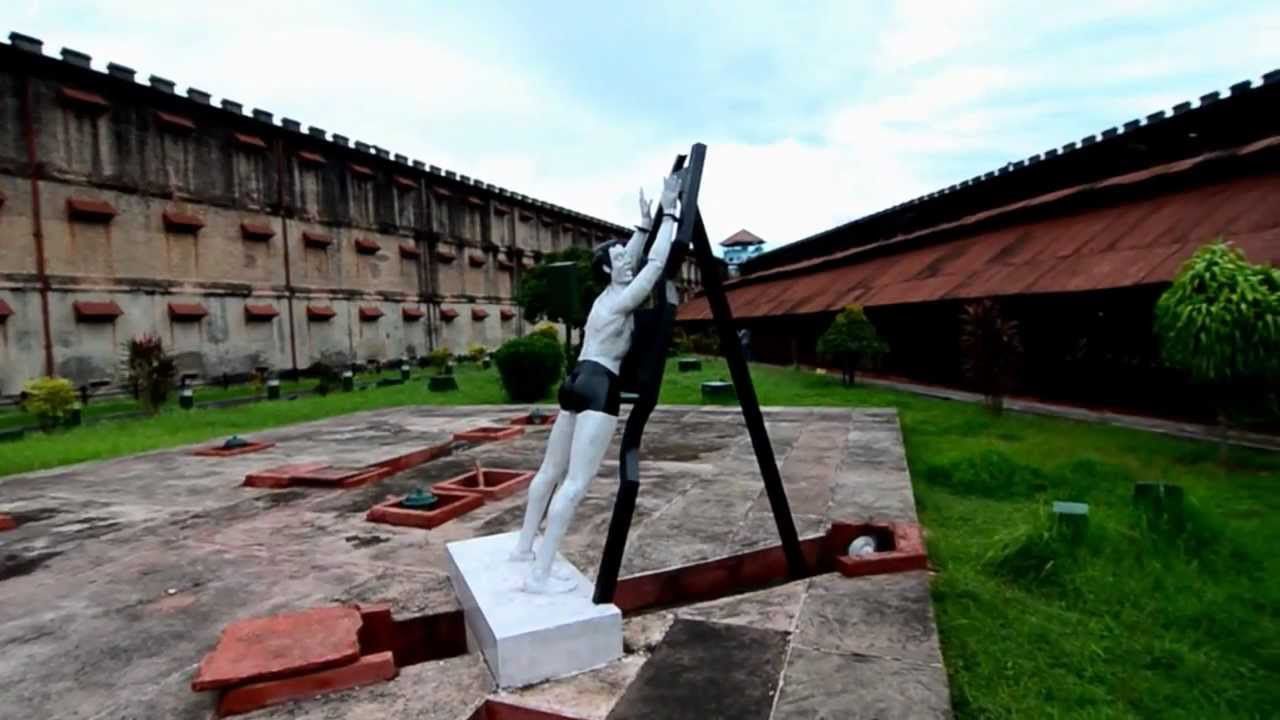 the revolt of 1857 cellular Andaman and Nicobar Islands were so remote that they became the dreaded Kala Pani penal colony for Indian freedom fighters under the British. The Cellular Jail was built to disconnect the prisoners from the outer world – the prisoners were kept in solitary cells and made to work for long hours on a hand driven oil extractor made of iron. Today, the jail is open to tourists, and has a light and sound show in evening.

14. Baratang in Andaman is the only place in India with mud volcanoes 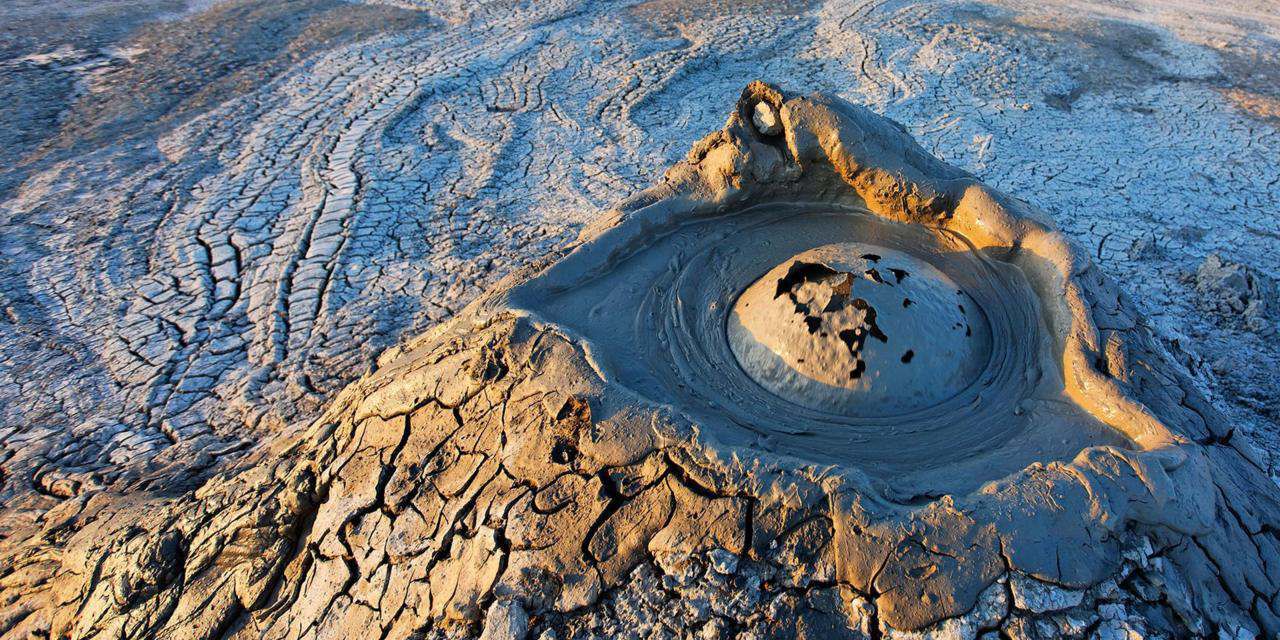 As per available records, the first observed mud volcano explosion was observed in March 1983 in Nilambur Village in Baratang Island. A mud volcano is formed by emission of depressurized pore water and natural gases from decaying organic matter underground, accompanied by loud explosions and fire flares. This gradually forms a miniature volcano with rich, creamy mud crater at the top. 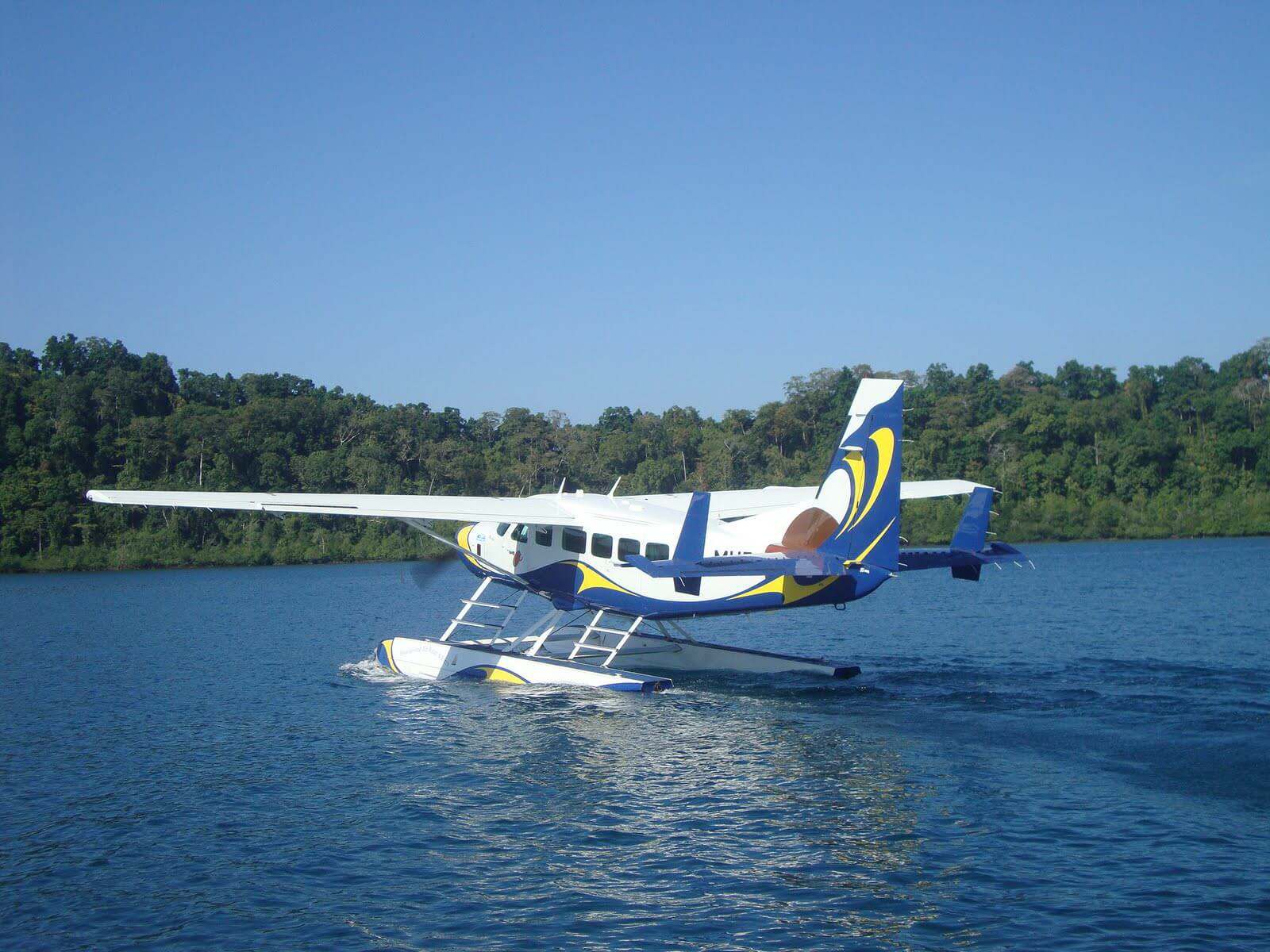 Sea planes are amphibious aircrafts that can take off and land on water and as well as on land. Calling it the Jal Hans, government-owned Pawan Hans launched India’s first seaplane operation in Andaman and Nicobar Islands in 2013. Jal Hans is an eight seater Cessna 208 A that is fitted with modern navigation features, can travel up to 250 km in an hour and can also land on ground.

16. Ross Island was once an important headquarter for the British and the Japanese. 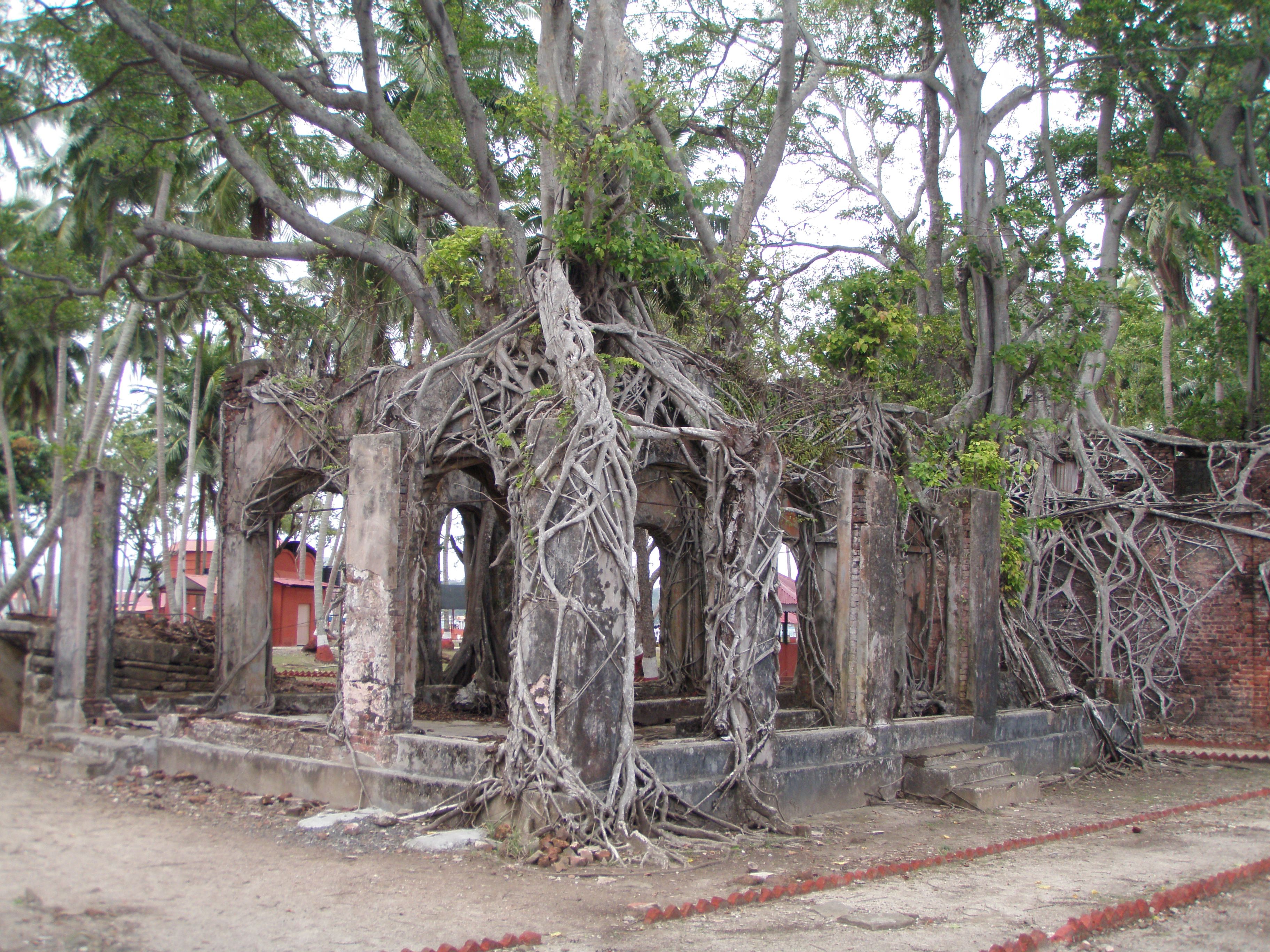 The Ross Island was the erstwhile British headquarter for the most of the Andaman Islands from 1858 till it was rocked by an earthquake in 1941. In 1941, the Japanese converted the site into POW camp, and built war installations, remnants of which can still be seen. Now under the control of Indian Navy, the island with its jungle-clad colonial ruins and creepy World War II tunnels, is a popular tourist spot.

17. At Havelock Island, one can kayak through dense mangroves to reach the open sea

With an ecosystem of their own, the kayaking through the mangroves is an exciting way to view the Havelock island’s exotic wildlife. Acting as both a nursery as well as a breeding ground, the mangroves host a large number of life forms such as shrimps, algae, barnacles, oysters, sponges, mud lobsters and mangrove crabs to name a few.

18. India’s southernmost point, the Indira Point, subsided by 4.25 metres during the 2004 Tsunami

19. Little Andaman has two island waterfalls, White Surf Falls and Whisper Waves, that are straight out of a story book 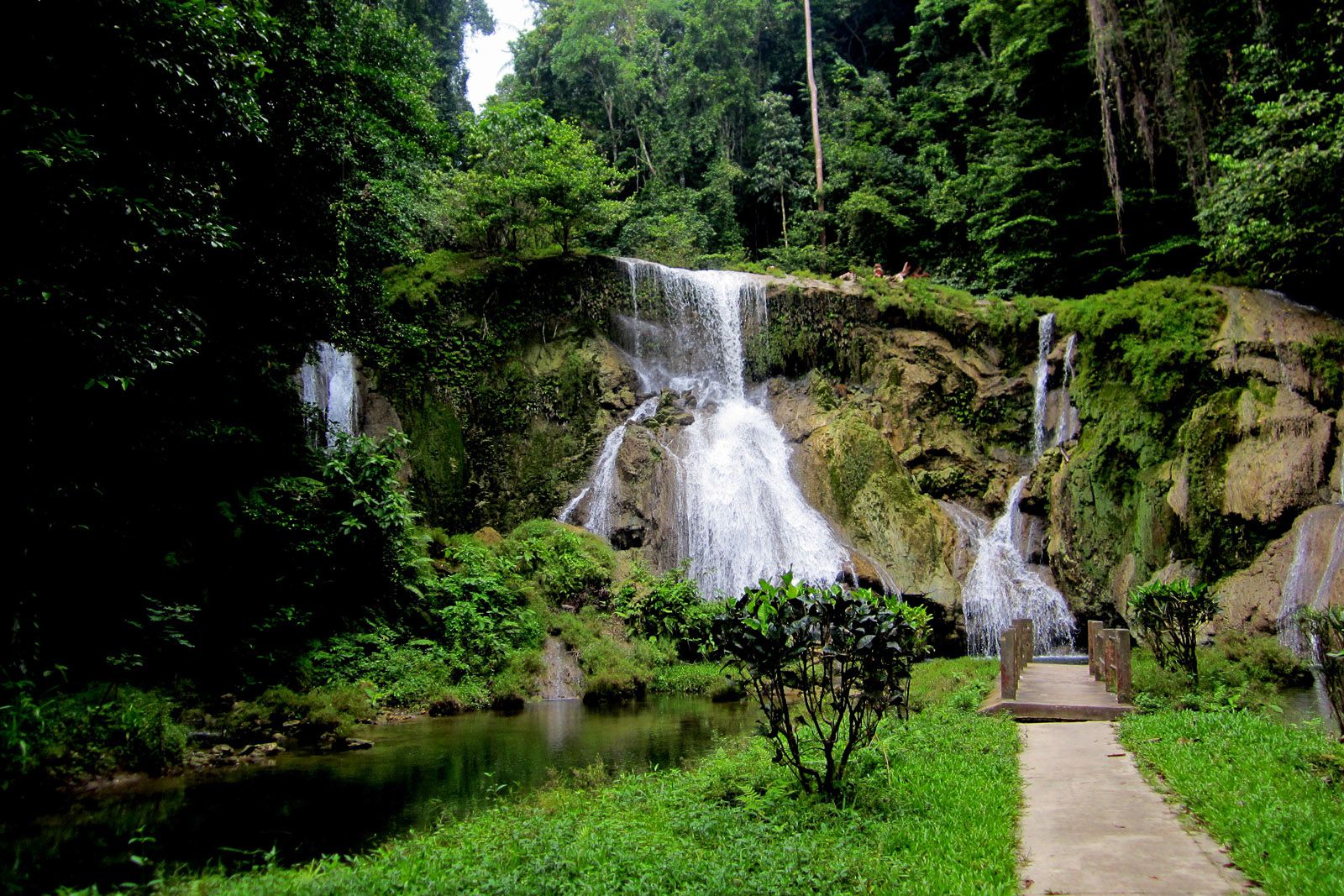 There are two beautiful waterfalls on the Little Andaman island – the White Surf waterfall which is 6.5 km from Hut Bay Jetty and the Whisper Wave, which is 20 km from the same. One can take an elephant safari or trek through the verdant forests of the island to reach the pristine waterfalls.

20. Andaman and Nicobar Island has India’s first and only joint tri-service defence command 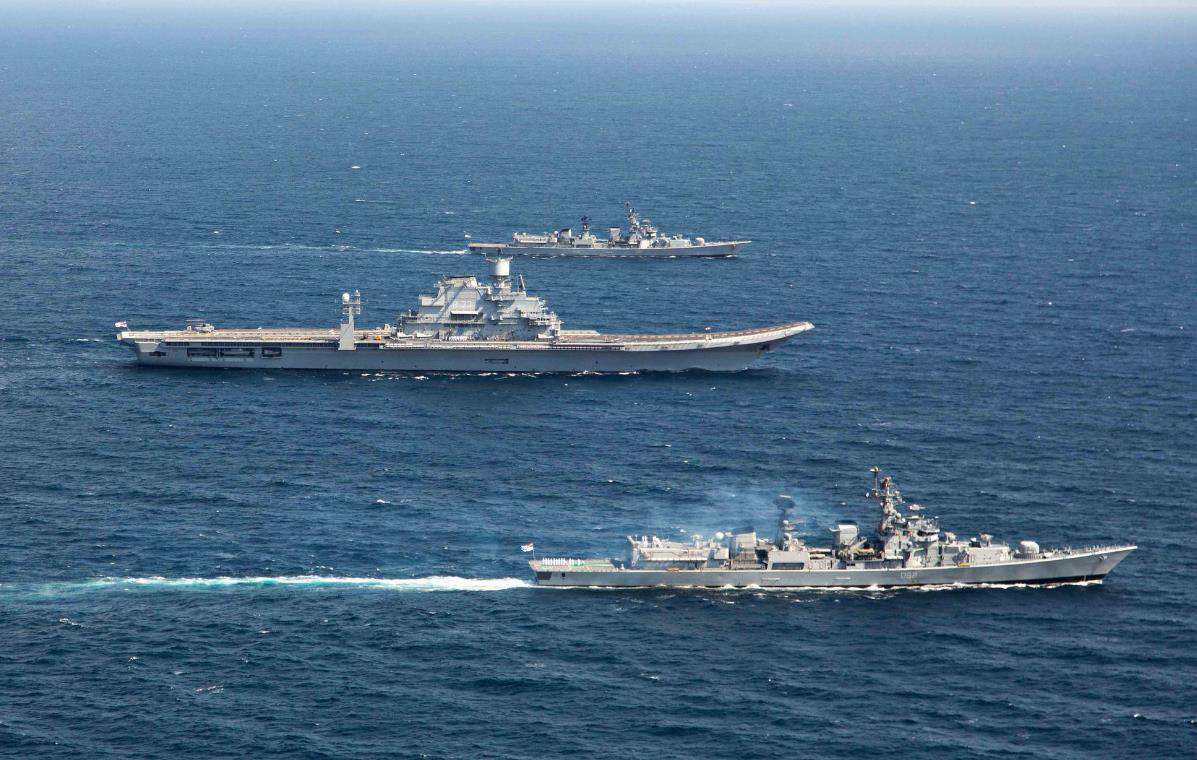 The location of the Andaman and Nicobar Islands straddles one of the most critical naval and trade choke points in the world. The Andaman and Nicobar Command is India’s first and only joint tri-service command, with rotating three-star commanders-in-chief from the Army, Navy and Air Force reporting directly to the chairman of the Chiefs of Staff Committee.It also the focal point for Indian engagement with regional navies in Southeast Asia. 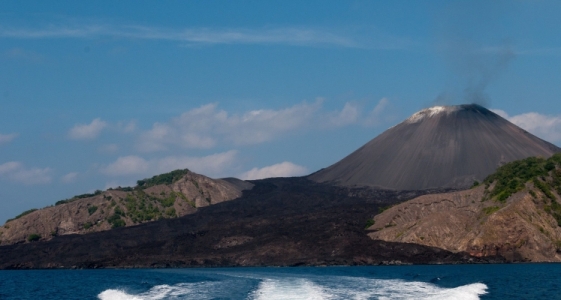 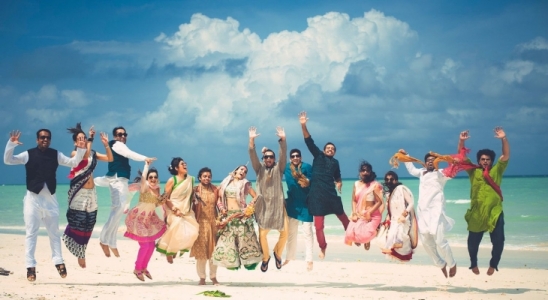